Progress in the Entryway 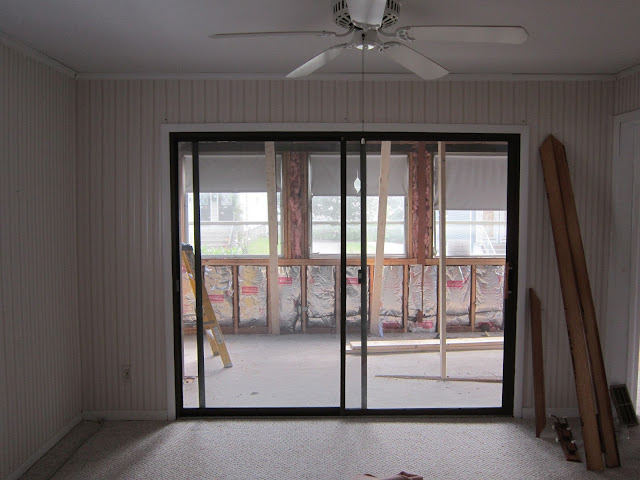 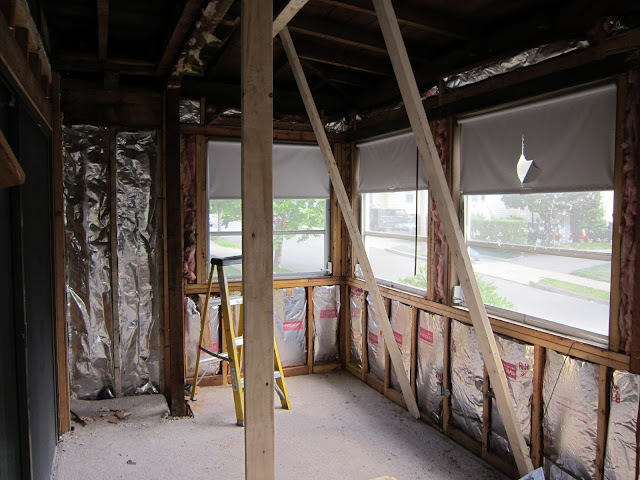 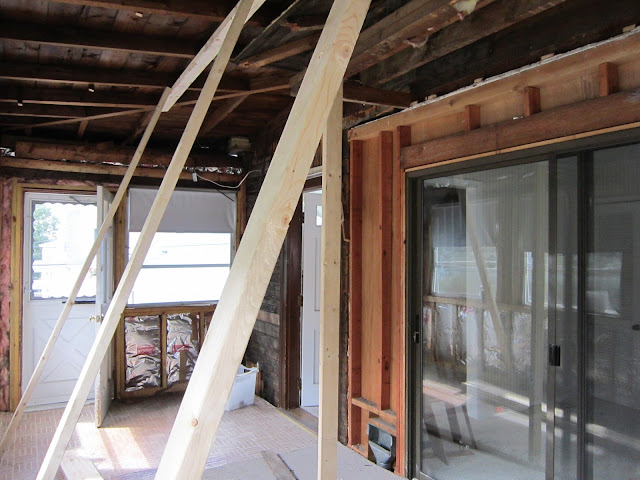 Remember the last time I showed you our entry way and living room?!

When we were away on vacation, we got some sad news from our contractor. There was some hidden rot under the old porch foundation that would need a bit more work than we originally anticipated. An engineer came out to assess what needed to be done to rebuild it so it will be structurally sound for the long-haul.

The silver lining is that because the work is more invasive now and the engineer had to come out to give us his feedback anyways, we get to fully take out the sliding glass door and have our beam installed into the ceiling now! We were originally planning on doing that part a bit later (and just removing the doors), but I'm thrilled that we're able to build that into this phase of work instead.

We're also going to have a wall put up to create an entryway and build a closet in the corner near the door. It's obviously somewhat far from being done, but we've very excited! It's neat to see progress, even though it's sort of crazy looking for now!
Posted by Julie at 7:15 AM